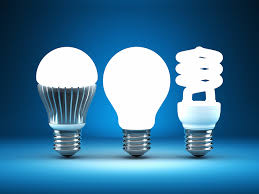 Once upon a time the light bulb with it’s coil and controlled electrical current was pretty much all you could get for the home in terms of lighting. You could have a degree of watts from 40 to 100 depending on the room size and have them clear or frosted to create mood. If you were feeling really fancy you could get some ones that were red or orange. Alternatively you could just paint them and hope the colour didn’t peel off with the heat it generated. They were great at giving off light but they could blow at the most inopportune moments and they were very energy hungry, especially the higher wattage options. Lights being left on in a bedroom that wasn’t being used was a surefire way to get Dad’s moaning about the bill they were going to get for it. 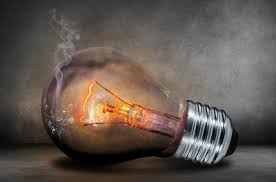 However, with the digital age we now have the LED. This stands for light emitting diode and it has gone from being the light in your computer to tell you the drive is working or that the car alarm is activated. Technology has improved these little bulbs so much that they can now give out significant amounts of light, especially when they are focused into a cluster. Not only that they can also change colour to reflect mood and create ambience.

They still generate heat as any bulb does and if you have ones fitted directly into the ceiling this heat can escape and create a draught. However, with the addition of some Downlight Covers that heat can be directed back into the room. The Downlight Covers also stop any draughts that may have been created. A greener option all round.