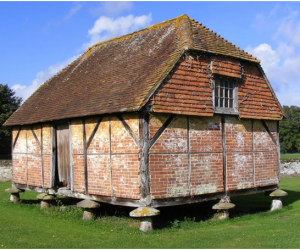 If you’ve never heard of these before, they are mushroom shaped stones that date back to the Medieval era. They were used to support agricultural storage buildings and grain stores. The unusual name ‘staddle’ comes from the Old English word ‘stathol’ which meant a foundation. For Staddle stones for sale, visit http://bellstone1990.co.uk/product-category/staddle-stones-troughs/

The bottom part of the stone tapered with a separate mushroom shaped top part. The reason why agricultural buildings benefited from being raised off the ground was to increase air flow. This helped to keep the grain away from damp earth, allowing air to circulate underneath the store and keep the grain dry. This doesn’t explain their shape or material though and there was another equally important reason for keeping supplies raised off the floor. Rodents!

Grain stores, for obvious reasons, attracted a lot of rats and mice. Farm cats couldn’t alone cope with the huge number of greedy and hungry rodents, so another solution was needed. Rodents can’t walk upside down and this is where the clever capping idea came into play. The mushroom shape of the overhanging stone made it impossible for rats or mice to climb over them, thus preventing them from entering the stores. 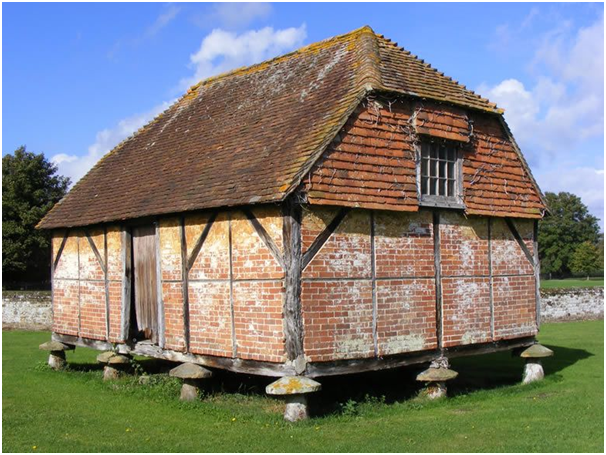 The Staddle stones were usually laid out in sets of up to 16 and the frame of the building’s floor would then be set on top of them. Many are seen today as attractive garden ornaments and are particularly useful for lining the sides of driveway entrances. The stone used varied regionally, with whatever stone was freely available being the obvious choice. Staddle stones found in Herefordshire were primarily made from grey/green or red sandstone. As you would expect from the Cotswolds, most staddle stones here were made from the yellowy Cotswold limestone. Granite is also seen in the Cotswolds and the West Country.

Not all Staddle stones looked the same and different design varieties include the traditional mushroom top, a square top, flat tops and four-sided. It is possible to purchase beautiful reclaimed, vintage stones that are several hundreds of years in age.

It was a big step up for the folk who needed to tend to the grain stores, but steps would have meant easy access for rodents. The clever solution was a set of removable timber steps which would be used during the day by workers and removed at night. Another method was building permanent brick steps but removing the top level, making it simply too high for a rodent to jump. Dog kennels were sometimes installed underneath the steps as a further deterrent to those hungry rats!