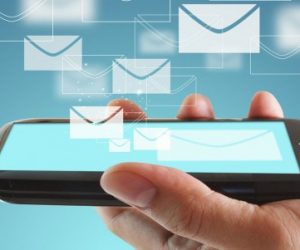 Three out of ten companies already use short messages as tools for their advertising campaigns, a trend that, according to surveys, has doubled in just one year.

The effective capacity of the mobile phone never ceases to amaze us. Advertising companies have given a new twist in the use of cell phones and already use these devices as platforms to conduct direct marketing campaigns. No wonder, we are before a device that accompanies us for 24 hours a day and we are pending much of the time.

A survey conducted between the months of June and July by the company Vanson Bourne for the mobile marketing company Airwide Solutions indicates that 28% of global brands surveyed said they had carried out campaigns through text messages (SMS). That is, almost three out of ten companies use this new form of direct marketing.

18%, one in five had campaigned through multimedia messages (MMS) in that period of time. The surveyed brands affirm that their latest marketing campaign through the cell phone was successful and increased the familiarity that consumers had with the brand.

Also, the greater technological sophistication in this type of campaigns has increased the number of brands and sectors that planned to implement marketing through SMS or MMS in the next twelve months: 28%, compared to 14% that reflected this same survey a year ago.

The money that brands allocate to this way of selling is also increasing, according to the study. Thus, 71% of respondents, seven out of ten companies, said they would spend up to 10% of their budget on mobile marketing in two years.

Undoubtedly, this budget increase responds to the effectiveness found in this formula. 58% of the respondents said that between 1% and 10% of the people targeted by their mobile marketing campaigns had later requested some type of information. A year ago, only 32% made this claim.

Sixty percent of the brands surveyed, three out of five, agreed that they would use SMS and MMS to send special offers. 36% use it to send discount coupons.

Not all companies, however, are in favor of announcing their products through the mobile phone. For example, 58% of companies had not yet used SMS in their campaigns and 60% had not tested the MMS. In addition, 34% consider that they have reliability problems.