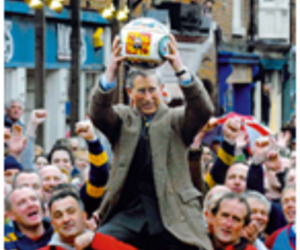 If you’ve ever wanted to know where football might have come from then playing in the Royal Shrovetide Football match in Ashbourne, Derbyshire will give you a good idea. A word of caution though as you’ll be one of a hundred players, there are scant rules and you won’t know whose side anyone is on unless they tell you (ask “Do you know where the ball is, duck?”) plus it’ll last a lot longer than 90 minutes.

The game is based on Mob Football and dates to the Early Middle Ages. There are two sides the Up’Ards who live north of the town’s river and the Down’Ards who live in the south. If you’re visiting the locals are happy for you to join. The ball is “turned up” by an invited dignitary at Shawcroft car park from a plinth. The teams then must get the ball to their own goal. It can be carried, thrown or kicked. As the goal posts are 3 miles apart the playing area encompasses the whole town. Shops board themselves up and it’s seen as slow trading day. The “goals” are purpose built mill stones, the original ones having long since disappeared, and a goal is scored by the tapping of the ball three times on it. There is the slight issue here that you can’t just grab it and leg it there as it’s likely that hundreds of other players will be in the way. More importantly, the scorer must be elected by the team before this happens and they are the only ones who can do it. They must be a local Ashbourne resident. It’s also likely you’ll have to wade through a river to reach the goal and you can’t use a car or bike to transport it. You can’t hide it anywhere under your coat or in a bag either.  The “turn up” is at2pm on Shrove Tuesday and play ends at 10.00 pm sharp. 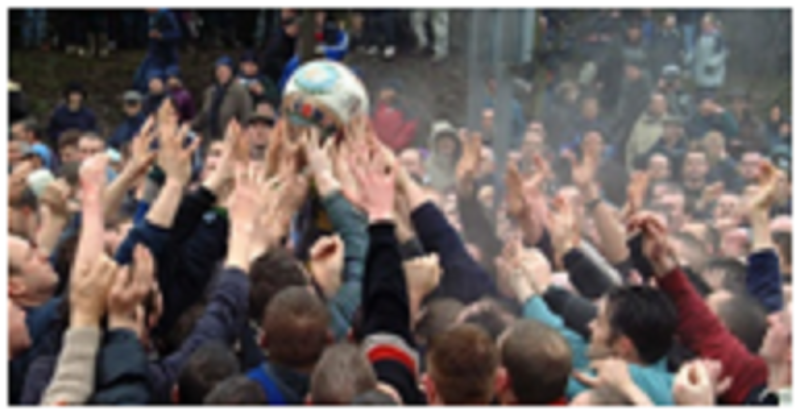 Surprisingly, there are specialist “positions”. Most of the game is a series of scrums or “hugs” until there is a break and the ball pops out. Runners, who actually train for this, then scramble the ball as fast as they can to the goal. One thing to avoid is river play; though the game can be played entirely in the river, as its taking place in the Peak District in February this isn’t much fun. Any good sports person knows that good sports shoes are essential for the health of their feet and actually enhances their performance. Off the track or pitch you can enhance your street person (aka style) as well especially if you look for DR Martens Gloucester and find these beauties https://www.cottersshoes.co.uk/product-category/brand/dr-martens/

Back to the football. In this particular match there are no referees, but murder and unnecessary violence are not allowed. It’s called the Royal game because in 1928 King Edward Viii turned up to play it and got a bloody nose for his trouble. In more recent times Prince Charles “turned up” and started the match. He didn’t play. 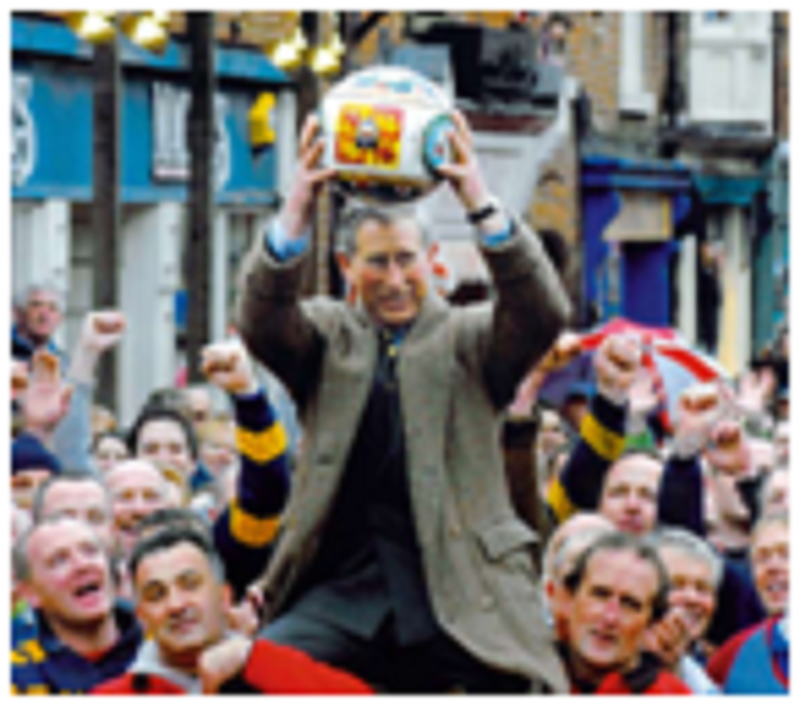 One last thing, you’ll need a good singing voice as Auld Lang Sang and the National Anthem is sung before the start. As you play you may want to ponder that some suggest the ball was originally the head from an execution of a very unpopular villain thrown into the crowd. “Down wi it” as they say.