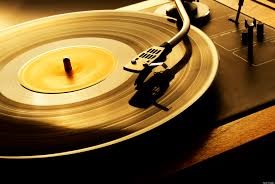 The first piece of electronic equipment I was given was my Mum and Dad’s old record player and radio. It was  large bit of seventies kit with a variety of dials and knobs that were loosely contacted to two large speakers introducing me to the concept of stereo. Luckily for me my dad had some very old “sound test albums” that were brought out to emphasis the power of stereo. All they basically were was a selection of tracks that illustrated how sound would travel from one speaker to another. The first track was an audio lecturer tinking a glass for 10 minutes and the last one was a song called “The Outlaws” and featured a galloping posse of Cowboys thundering across my small bedroom from one speaker to the other whooping and shouting whilst a Shadowsesque band supported them with guitars. Vinyl records were, and still are great. In fact you can see some Vinyl Records at https://www.vinylrecords.co.uk/. Thankfully they are coming back in a big way. 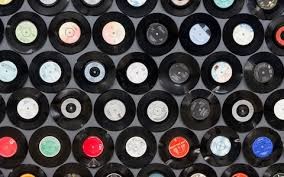 My record player to take anything, it was built to last and it soon took the full brunt of my eight year old mind. I had two records to my name. One was Abba Gold and the other was an audio episode of Thunderbirds. As I said before my Mum and Dad owned alot of records and I was able to purloin them for my use. The record player wasn’t always used to play records though; many of my toys were taken on little trips at 23 revolutions until I got bored and whipped it up to 78 revolutions and watched them fly off to be forever lost somewhere in my room. This was of limited appeal and I soon began to sue the record player for what it was intended. It was a skill setting it up and the sound quality was wonderful. The most fun I had was playing a record at the wrong speed. Even now I find it one of the funniest things that you can do or hear. My Dad took great pleasure in playing my Smurf album to slow as the high pitched Smurfs sounded vaguely human. There was some controversy in the late 80’s when it was discovered that if you played Kylie Minogue’s 45 inch hit single “I should be so Lucky” at 33 and a third then it sounded like Rick Astley was singing it. As they were on the same label at the time it was suggested that Stock, Aitken and Waterman’s Hit factory was little more than that and it was all the same person.

When my Dad bought a stereo tape player I was delighted but I soon found out that the charm and the fun was gone and the process of playing became a little soulless. It is even more pronounced now in the age of downloads and Spotify. Perhaps this is why vinyl is coming back. I hope so.