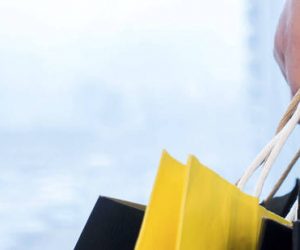 The new user is at the same time a generator of content. He no longer has a receptive position, he tells his own stories; build the stories of your brands!

The 4P as Jerome McCarthy baptized, is a concept that since the seventies is considered key when marketing a product or service. It refers to four basic and traditional marketing tools: Price, Promotion, Plaza and Product.

For more than 30 years we linked with this McCarthy theory, but today there is only one “P” that matters: People. Behind her the marks will go; then away the products.

The new marketing is about people; to understand them; to establish relationships with them; to generate valuable and lasting dialogues with and among those people.

In the digital environment that term has become completely anachronistic; the ubiquity conditions of the digital world have transformed people into a new protagonist: the PEER.

This term, which in English means “PAR” is the main participant of the Network, which works as a client and server at the same time and shares its resources. It can be manifested in different ways: through a blog, a comment, a purchase, on social networks such as Facebook, Twitter, Skype, Picasa, etc.

This Peer, unlike the traditional consumer, likes stories. Although the 4P adapted to the digital environment are still valid, what the brand will tell us is even more important and in this scenario, it is the new user who tells his own stories and from there builds the history of the brands. Because the consumer “no longer does what the brand wants”, on the contrary, he builds his own brand perception based on his own experiences and satisfactory stories.

If we understand that a brand must have a sufficient level of influence on people and a story behind it, it is necessary to begin to be part of the world of the Peers. How ?, Releasing an idea on a platform and linking it to a brand, with just that, the Peer begins to tell the story and begins to make “marcadotecnia” of our own product.