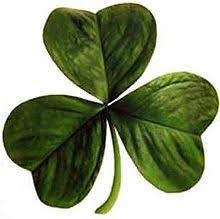 The 17th of March is St Patricks day and for people in Ireland as well as in other countries around the world, this is a huge day of celebration. From parades in the street to St Patricks Day gifts, St Patricks day is the most famous of the Irish Saints, but how much do you actually know about him?

Saint Patrick came to Ireland from Wales as a slave in the 5th Century and is credited with bringing Christianity to Ireland. He is also the subject of a great deal of legends, here are some of them…

St Patrick Banishes Snakes – This is one of the most well-known stories about St Patrick. It is said that St Patrick went to a mountaintop to complete a 40 day long fast. He finished his fast and made his way down the mountain and saw snakes start to gather around him. He was angered by the menacing looks that were given to him by the snakes, so he chased them into the sea and from that day on it is said that no snakes have lived in Ireland. 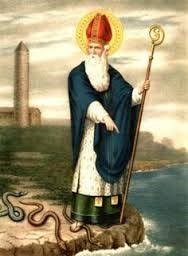 The Shamrock – It is St Patrick that is credited with making the shamrock an Irish symbol. It is said that he used the three leaves to represent the holy trinity of the father son and holy spirit when converting the pagan people to Christianity.

The Ash Tree – Legend has it that as Saint Patrick was returning from visiting his parents, he walked with an ash tree stick. It is said that when he stopped to preach the stick sprouted roots and grew into an ash tree.