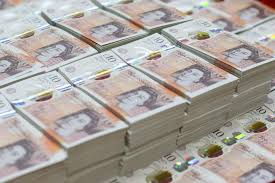 We all know the saying that ‘money doesn’t grow on trees’ but how exactly is our money made. UK Coin dealers like GM Coins and elsewhere in the world know all too well the value of money and how long we have been creating these currencies. Not only do most countries have some form of metal coins that many Coin Dealers UK will be collecting but there will also be the larger value banknotes. Let’s take a look to see how these banknotes are made. 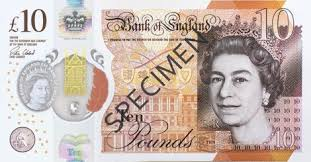 Banknotes can be made from a form of paper or in the case of UK banknotes from a polymer style material. The paper that is used in some notes is actually a form of cotton and linen mixed usually at a ratio of 75 percent cotton and 25 percent linen. By making a blend of these two materials they can ensure that banknotes are tough and durable and, in some instances, can even withstand being run through the washing machine – although I wouldn’t recommend trying it!

Polymer notes like those produced in the United Kingdom are made to be more durable than paper notes and are also counterfeit-proof. The polymer used is a form of a thin film of plastic. This makes them less susceptible to the effects of dirt and moisture and also means that the design can include clear areas making them virtually impossible to fake. Polymer is what all UK banknotes will eventually be made from and the older paper notes will be taken out of circulation.

The process for making banknotes is essentially the same regardless of the materials that are being used. As printing money is an incredibly sensitive process the production is undertaken by a trustworthy company and is subject to extreme high security at all levels.

The first stage is to design the note with whatever features are set to be include. This can be the image of a famous person or scene and will always include the denomination of the money. Once the design has been verified and signed off plates are made for use int eh printing process. These plates are checked in lots of detail to make sure that there are no errors and that the design has been translated across properly to the plates. Following on from the production of the mother-plates printing can begin. This is where the paper mix or polymer will be selected and placed in the printing machine ready for whatever the desired run of money is going to be produced. The banknotes are printed on both sides before being subjected to varnishing which not only helps to make them durable but is also included as another security measure. The sheets are then stacked in hundreds before being cut, counted and then sent for secure delivery.