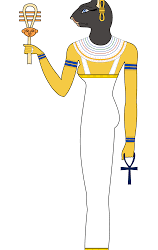 As a cat owner myself I am not surprised that the Ancient Egyptians loved cats and worshipped them in the way that they did. For me nothing is better than curling up on the sofa with a nice hot chocolate, a good book in my hand a cat asleep on my lap. Now, whilst the Egyptians wouldn’t have had all of the equipment such as cat towers and the out of hours care such as Cattery Cheltenham companies like https://www.catterycheltenham.co.uk/ to look after their pets when they went away, they certainly knew how to take care of their feline friends. 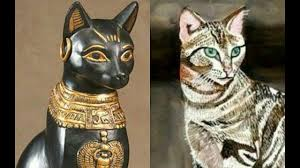 Most Egyptian households would have kept a cat or multiple cats as pets as they were a much loved animal in the country and they were used on hunting trips to catch and retrieve birds and fish from the River Nile and then bring these back to their owners. It is thought that one of the reasons why these animals were so beloved is because they chased away rats and snakes from the households, leaving the occupants to focus on their other daily activities rather than having to deal with pests around the home.

It wasn’t long before they became beloved across the country and soon became a sacred animal that was believed to hold magical and sacred powers. Owning a cat went from being a necessity for keeping away the rats and for hunting trips and soon turned into a good luck item. This is where the cats started to be treated like gods in their own right.

Many of the Ancient Egyptian goddesses and gods had links to cats with Bastet being the most well known one of these. Bastet was the Goddess of the Household and was responsible for children, pets, mothers, dancing and fertility. She was portrayed with the head of a cat and the body of a woman. This link to a goddess led to Egyptians grieving deeply when their cats passed away and carrying out mummification ceremonies much they would do for a human to see them pass into the afterlife. Cats were cared for greatly and the sentence for killing a cat, even by accident, was death.

Many artefacts that have been found from this time period depict cats whether this is their full form or just their heads , they can be found on jewellery, urns, inscriptions and household items.

So next time your beloved cat curls up on your lap, you might ponder that they could be descended from a sacred or royal cat from the Ancient Egyptian period.