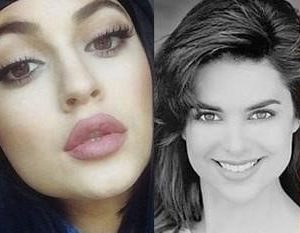 Life in the limelight is far from easy, with celebrities under constant scrutiny about their looks. As a result, going under the knife has become the norm for many stars – in fact, it’s even considered a style statement. There are also some great non-invasive procedures available such as those offered by Thread Lift Cardiff companies where you can achieve even more natural looking results.

Some of the most successful transformations that have been achieved by celebrities include:

Ms Aniston has reportedly undergone two procedures to reshape her nose. While Jennifer denies a nose job, she does admit to having surgery to correct a deviated septum. The skilled surgeon was able to achieve a very natural look, shaping the nose to look slimmer and straighter.

Not one to deny her love of cosmetic surgery, Alexa Ray Joel had a rhinoplasty procedure at the same time as her mum, Christie Brinkley, had a mini-face lift, courtesy of the same surgeon. Alexa admits to always hating her nose and had no qualms having it put right. Her new slimmer nose now suits her face beautifully.

Following the birth of her children, Nicole felt the need to give her boobs a lift with a breast augmentation. Her surgeon has obviously advised her well and the enhancement is perfect for her size.

Daughter of Sarah Palin, Bristol apparently had corrective jaw surgery for medical reasons. The procedure has left the 21-year-old with a sleeker jaw line, while liposuction helped her shed some left over puppy fat, for which she was criticised on numerous occasions. The results are pretty spectacular.

There are a variety of reasons why individuals choose to undergo procedures, however, having cosmetic surgery is a major decision and one that should not be made lightly.

Some of the most commonly performed cosmetic surgeries include: otoplasty, blepharoplasty, breast enlargement and abdominoplasty.

Other celebrities who have been rumoured to have had a little help achieving the perfect look include :

Ben Stiller has always been known for his over large ears. However, more recently these seem to have miraculously shrunk. It is thought that he has enlisted the services of a skilled surgeon to pin his ears back and perform a rhinoplasty to also reduce the size of his nose. Whether this is the case or not, Stiller looks better now than he did a decade ago.

Megan Fox underwent breast augmentation a few years ago. She is also no stranger to other cosmetic procedures, including Botox. However, rumour has it that she has also invested in cheek fillers too. She currently denies this, but if cosmetic surgery is the reason for her sleek new look this is one procedure which can definitely be considered a success.

As one of the best loved stars, Ellen nevertheless has her work cut out looking good and keeping up with some of the younger celebrities making appearances on the red carpet. More recently, the Queen of Comedy has been spotted looking younger and fresher than ever. Ellen famously turns her back on Hollywood glamour, but it seems likely she has indulged in an eye-lift, face-lift and some Botox. The result is perfectly subtle and exactly right for her.