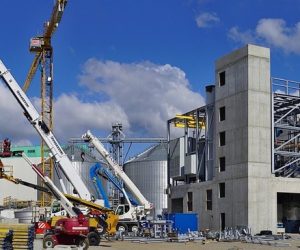 The recent budget announced by the chancellor, Philip Hammond, raised a number of points that are of importance to the construction industry. Some of these will have a positive influence, whereas others will put further pressure on businesses in this sector. Here we look at the key points of interest to the industry and discuss what effect they may have.

In the short term, however, net investment by the public sector is expected to drop between 2019/22 and 2022/25 as a proportion of the GDP; therefore, private sector investment will be vital to maintain the flow of work.

There were no big housing announcements made in the budget; however, the Lifetime ISA was introduced, which will eventually take over from the Help to Buy ISA launched at the end of last year.

The budget also included headline notes on planning reforms, which will include speeding up planning decisions, making land ownership more transparent and permission in principle. Planning problems are one of the main issues for SMEs looking to extend their business and these changes could be a massive benefit to companies that are now working with Tensile Fabric structures, such as https://www.spatialstructures.com/

Changes that were confirmed to the stamp duty rates could also impact on the house building industry. An increase by three percentage points on stamp duty for additional properties comes into force on 1 April this year and this is expected to have a significant impact on the buy-to-let market, especially as large-scale investors will not now be exempt.

The number of investors buying properties has increased in the past few months ahead of the changes, pushing demand in February to its highest level in 12 years; however, we could now see lower levels of investment in the sector, which could be a risk for the build-to-rent market.