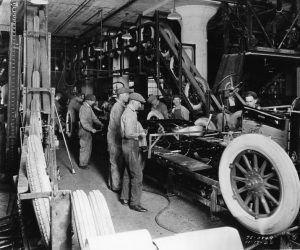 Whilst you don’t need to understand the history of conveyor belts to use one, it’s still fascinating to learn about these machines that have revolutionised factory and warehouse processes. Here is a brief recap of the birth of conveyors and how they have evolved:

You might be surprised to learn that the first conveyor belts actually appeared in the late 1700s. They were fairly rudimentary and consisted of leather belts that moved over wooden beds. They weren’t very long and had to be operated via hand cranks and a system of pullies. They were mainly used to move goods from farmers onto ships in a port. 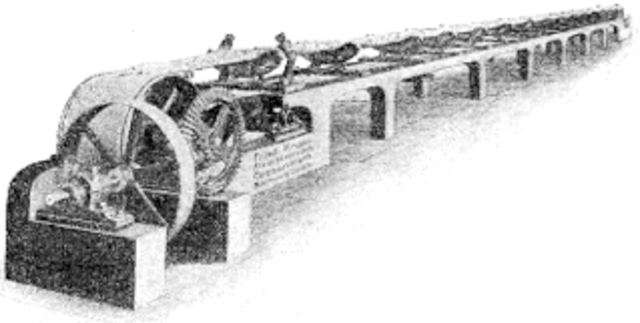 Steam engines were being used to power things long before the advent of conveyor belts, and it didn’t take long for the two to be combined to produce a steam powered conveyor in 1804. It was used by the British Navy to produce biscuits for the crew.

The industrial revolution saw huge advancements in how conveyor belts were constructed and applied. The very first steel belt was produced in 1901 in Sweden, enabling bulkier materials to be transported, such as charcoal and stone.

By 1905, an underground conveyor was installed in Ireland for the first time which significantly enhanced and improved mining processes. Three years on and the first patent for a roller conveyor was submitted, making conveyor belts much smoother with the addition of internal ball bearings.

Conveyors really hit the big time when they were used by Henry Ford, the world-famous car manufacturer. He had seen such belts being used to great effect in slaughter houses and believed they would also benefit the production line in his factory. Ford created the first assembly lines in 1913 for the production of the Model T automobiles. Find out more about Flexible Conveyors by visiting a site like https://fmhconveyors.com/products/flexible-powered-conveyors/ 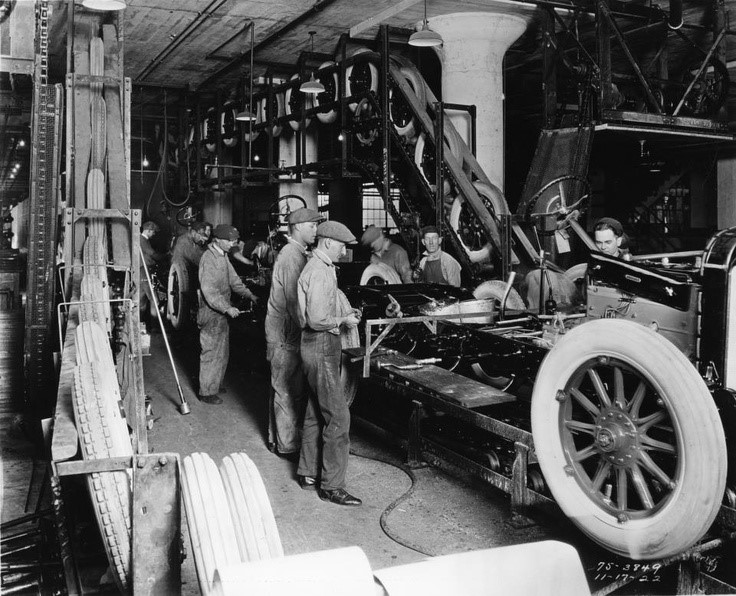 The parts moved along the conveyor, which saved the workers time and effort by removing the need to keep moving their tools to a different work area for each car needing assembly. This had the amazing impact of reducing the time needed to manufacture a car to just 93 minutes and one every 24 seconds, revolutionising the industry!

New synthetic materials emerged from advances made during the Second World War, partly as a result of restrictions on the use of natural materials that were greatly needed for the war effort. This had a significant impact on the evolution of conveyor belts, as they could now be made from materials like synthetic rubber and urethane. Rolling and V-belt systems were also developed around this time.

1957 saw the Goodrich Company patent the very first turnover belt, adding a twist into the belt to extend the life of the belt, evening out wear and tear to both sides of the belt and not just one repeatedly.

The modern conveyor belts that we are more familiar with came into operation during the 1970s. They are now seen throughout industrial operations, distribution facilities, shopping centres, packaging plants, factories, airports and warehouses.